0 to $1 Million in 5 Months for our Cryptocurrency Startup. Lessons learned. 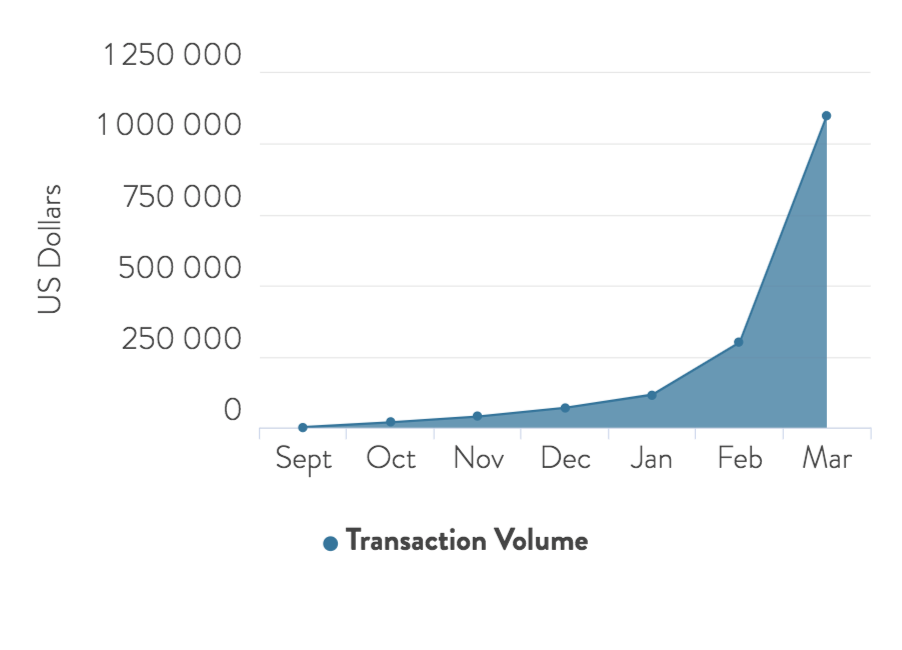 “What if we have too many users?”

A question we naively asked before we launched our product. I think there is always some underlying hope that this will actually be the case and therefore we orient ourselves to consider and think about it. To that end, after much deliberation, we built a safeguard in the product that would allow us to “turn” off sign ups in the event we were overloaded with users. It read something like this:

Due to the high volume of signups. Ember Fund is temporarily unavailable. Please try again later.

Unfortunately, we didn’t get to put this error message to use…

We spent the better part of 2018 working soul-crushing nights and weekends to build this app and it all led up to our big Product Hunt launch on in late September. For those unfamiliar, Product Hunt is a website where builders submit products every day and the community upvotes the most interesting ones to the top. Think Reddit for cool new tech products. The top 5 projects get thousands of visitors, a ton of visibility, press and even acquisition offers. We spent 6 weeks prepping for this, reaching out to friends and family, Product Hunt users and former colleagues, trying to garner support for our launch.

The day came and we were all ready to pull an all-nighter in anticipation of all the traffic we’d receive. After all, we knew what we were doing… right? We made it to the top of the list just a few weeks before with a product we just hacked together just for fun.

For context, a few weeks prior to the launch of Ember Fund, Ryan Hoover, the founder of Product Hunt tweeted a product idea we thought was really cool. It was a music discovery app. Mario & Guillaume (my co-founders here at Ember Fund) stayed up until 5am to build it and put it on Product Hunt the very next day. We hit #1 for the most of the night and ended up at #5 generating thousands of downloads and views to the site.

We were ecstatic. This was our practice run and we figured out how to get to the top of the list.

Fast forward a few weeks to the launch for Ember Fund in late September. We’re were all huddled around making sure the checklist of 100+ items were all good to go.

We frantically let our friends and family know that we’ve launched. Email blasts that we’ve spent weeks teeing up fire off. Upvotes started pouring in but something was wrong. I scoured the list of projects and we were no where to be found. I checked again, then again, then again…. nothing.

Our project has somehow made its way to the spam filter and was removed from Product Hunt entirely.

The algorithm flagged our project as spam (probably because of the sudden influx of upvotes). By the time the Product Hunt team came to the rescue and put us back on (Thanks Nick & the Product Hunt Team!) we had already ended up buried at the bottom of the list. No press, no visibility, and no users. That week was a tough week. We had 3 users fund portfolios.

A few weekends later, I went out to see some old friends, some of which were building and running real hedge funds. They were intrigued with what we were building, I pitched them that Ember fund was the cryptocurrency hedge fund 2.0 available to everyone in the world and of course they asked how it was going. I told them “not too bad!” too embarrassed to reveal that we had just flopped a few weeks prior. It felt like shit.

I think this is the point where a lot of people get discouraged, some even quit. I’m fortunate enough to have resilient, creative co-founders with limitless grit. So without catching our breath, we got to work.

The next month, we frantically tried to figure out what to do next. It was stressful. We spent almost a year building this amazing product. We were the first mobile product in the world that allowed our users to retain full access of their funds and leverage the intelligence of fund managers to manage their crypto. We’ve built something revolutionary! Why didn’t anyone bite?

In hindsight, our timing was really bad. It wasn’t anything we could have controlled but the price of Bitcoin had dropped to $6500 when we launched. Then few weeks later the BCH fork fiasco happened and BTC dropped again, this time almost by half. People were just not investing in cryptocurrency at this point, especially retail investors.

The next thing to do was to figure out how to get the word out. Facebook, Google, and most of the big players continued to ban cryptocurrency companies from advertising on their platforms. I pitched a ton of press outlets and it seemed everyone was afraid to write about crypto projects, and others simply wanted us to pay to play which we we’re completely against. We spent $3500 on a podcast John McAfee was on which ended up being a complete flop too.

We began trying to sell our vision to influencers. Bingo. We were lucky that two very influential people believed in what we were building. The first was Marius Kramer, the #1 writer on Quora for cryptocurrencies and the second DataDash (Nicholas Merten) the #1 influencer on Youtube for all things crypto and investing. Being in the industry I think they loved the idea of a crypto investment app where the users actually held their own assets instead of trusting someone else to do it. They came on board and thats when things began to take off. We also found a loophole in one of the few ad platforms that allowed crypto businesses to advertise and began capitalizing on it generating $3 for every $1 we put in. Users finally started to sign up and try the product.

We wanted a tight feedback loop with our customers so we answered every single customer support ticket, and I routed any customer calls to my personal cellphone. People would call and I would be unashamed to let them know that they were chatting with one of the founders and that we were a small team. We wanted to take care of our users and deeply understand what they loved about the app, what pain points they had, and also ask what features they wanted to have in the app. No user was too small for us. We learned a ton and kept improving the product. We built rebalancing functionality, the ability to link and fund through your Bank, Android support, custom portfolios, and many other features all based off user feedback. People loved our product and the effort we put into customer support. Our thesis was to follow the Silicon Valley adage to move fast, build things our users wanted at the expense of it being perfect. What we lacked in the product we made up aggressively with customer service, and it worked.

And from there, our growth began to skyrocket.

Today we’re moving well over a million dollars in transactions every month and we’ve processed tens of thousands of transactions now. There are users that have put in over $50,000 USD in the platform. It feels good but there’s so much more to do, and now the stakes are ridiculously high.

We’re by no means anywhere close to where we want to be and where we think we could be, but we’re really proud of how far we’ve come with virtually zero resources. We’re not venture backed (yet) and started this with just $15,000. We’ve run super lean and focused a ton on delighting and taking care of our users.

We think Ember can be really big. Not only as a business but also the impact we can have on people. We want to even the playing field and strongly believe that we can take the financial instruments that sophisticated professional investors use and make it available to anyone in the word. Cryptocurrency was meant to democratize money and we’re excited to be facilitating that in a way that preserves the original ethos: self custody.

To sum it up, here’s what I’ve learned:

Ember Fund allows anyone in the world to invest like a cryptocurrency hedge fund with just $100. Check it out and let me know what you think.

We’re growing fast and hiring! If you’re interested in working with us in growth/marketing, engineering, or even creating your own role here, shoot me an email: alex at emberfund.io.