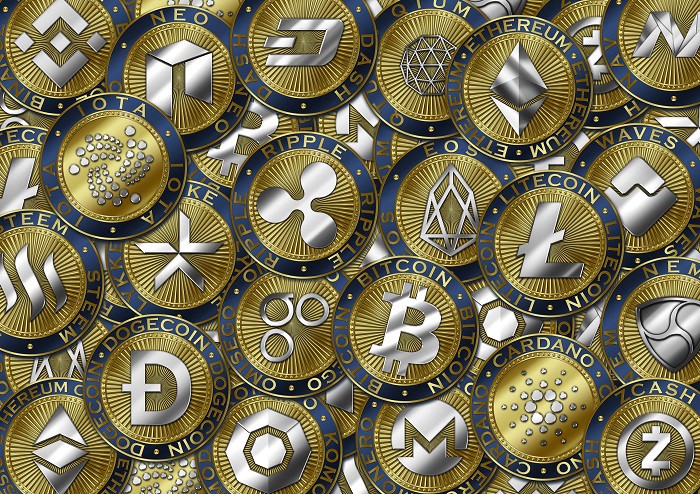 “He who is given power will inevitably become an oppressor and exploiter of society.” — Mikhail Bakunin

The ultimate promise of blockchain technology and cryptocurrencies: the decentralization of power. The vision was to give transparency, power, control back into the hands of the people. After all, this was born (just 3 weeks) out of the 2008 financial crisis where the culmination of years of abuse of power came to a tipping point. Big banks told us to “give us your money and just trust us”. We did, and we all paid for it.

What happened: The creation of the most overvalued real estate market of the century driven by stated income loans. Insolvent banks. Then a $700 billion bailout. People made mistakes (read: committed fraud) and everything came crashing down. What did we learn? When you give someone that much power, its a natural force of nature that inevitably drives them to corruption. It’s as reliable as laws that govern physics.

We should have been pissed, and we were. Occupy Wallstreet was supposed to start a revolution and overturn the big institutions responsible once and for all or at the very least put someone in jail and send a message to the broader banking industry. Instead, police beat the shit out of protesters. And after what felt like just a few months things settled and all the hoo-rah dissipated. We needed something more powerful and disruptive.

Through just the right timing, advances in cryptography, and database technology: Blockchain was born.

For the first time in the history of humanity, we don’t have to trust a bank or institution to hold our money. You can hold onto your own money and not be beholden to some faceless organization (ahem Goldman Sachs) or government that doesn’t fully understand the implications of their monetary and fiscal policy (read: currency devaluation & 21 trillion in debt). Yet as of this writing (December 2018) we’re heading right back there. 99% of exchanges and products in the cryptocurrency space are custodial. They are bigger, more well funded and although well-intentioned(?), we’re heading right back to the paradigm of pre-2008 centralized banking. In fact, some would argue we’re already there.

When you hand over your money to a centralized fund or exchange. You no longer own your own assets. You simply have a right to trade it and behind the scenes, there's little to no visibility to what your funds are being used for. We’ve already seen a lot of problems with handing over your assets to someone.

Point is: we’re going back to the same issues we had leading up to the 2008 crisis, just a slightly different flavor this time.

Custodial: The exchange or entity holds your cryptocurrency / private keys. You merely retain the right to trade and in some cases withdraw the crypto. You don’t in any sense of the word “own” your crypto.

Non-custodial: The exchange or entity does not hold your cryptocurrency private keys. You hold the private keys and therefore you “own” your crypto. You don’t rely on a third party and are able to move it/use it completely at your discretion.

Where I think we are with cryptocurrency products:

Where I think we should be:

When Bitcoin was started, it began with the cypherpunks mining and holding onto their own cryptocurrency. Yes, there were custodial solutions but the root of the cryptocurrency movement started with non-custodial ones. It was (and still sometimes is) a pain in the ass to hold on to your own private keys. How do you expect the mass market to understand this:

Where did we go wrong?

The original cypherpunks underestimated the power of design and user experience. That was the missing ingredient during the early days. They were/are indeed visionaries and created a revolutionary technology but didn’t realize that if they wanted to fulfill their vision they had to simply make it better and easier to use. The design needed to be part of the foundation of the technology, not an afterthought. Users were expected to manage and understand private keys vs public keys, seed words, etc. And as a result, the custodial solutions came to the rescue with the promise of “give me your money and just trust us”. Sound familiar?

The fundamental challenge has been the fact that, as an industry, we didn’t get the designers and UI/UX people involved soon enough. If we want both mass adoption and to stay true to the ethos of blockchain, we have to create beautiful easy to use product AND allow users to securely hold their own assets.

There are some blockchain startups doing some really cool stuff with non-custodial wallets. Edge is one of them. They’ve figured out a way to create an experience where users have full custody of their funds but they’ve created an amazing experience where you don’t have to fumble around with private keys (unless you want to). The original tradeoff with using a custodial solution was that it was just much easier to use from a UI perspective. Edge’s solution is built so that you still own and control your private keys but everything looks like you are logging into a Coinbase or a Bank. All the complex encryption is done in the background and unlike custodial solutions, if they are in any way compromised, there is simply nothing to steal.

As with all great new technologies, there does come with it a level of responsibility. Even though you own your private key and everything is abstracted to something familiar (username, pass, faceID) you have to be careful. If you forget your password and didn’t set up password recovery, you’re out of luck. With a big bank, you can go in and complain to someone. With non-custodial, decentralized solutions, there’s no one to yell at. But as with every new technology, we need to change our behaviors just a little aka being slightly more responsible about how we manage passwords. It’s a really small tradeoff to free the world from the banking cartels that have abused their power and capitalized on us all for decades.

I hope to see more startups in the next year build products that progress the ecosystem in a way that was originally intended, BYOB. Be your own bank. The whole point of it was to create a more decentralized/open financial system, not create a new world of large, institutions that are even more centralized and powerful than those of the of the past. We’re at a point where the tradeoffs between custody, security, usability are becoming non-existent. So let's build more beautiful, non-custodial, user-friendly products.

I’m excited to see what's to come. I’m confident we will see some creative execution around custody, our world’s financial, economic and social well being depend on it.

I’m one of the founders of Ember Fund, a cryptocurrency hedge fund, for everyone.